Save UP TO 15% Off throughout the store! Plus FREE Standard Shipping on orders $250 or more! (USA only) Dismiss 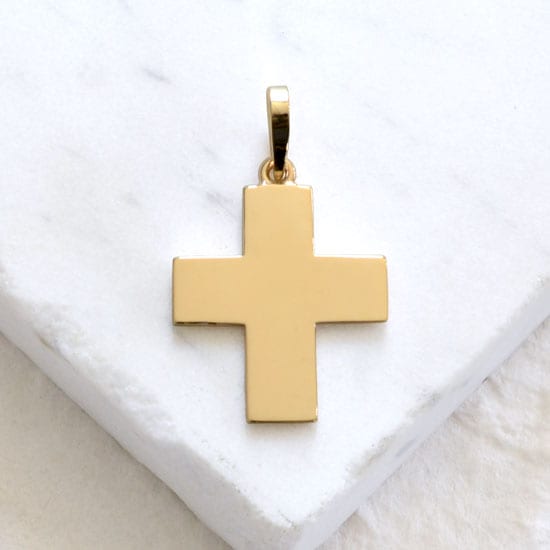 The Greek cross, also known as the “crux immissa quadrata,” is easily recognizable for its four arms, each of equal length. It is seen as representing the church rather than a symbol of Christ’s suffering. In the 4th century, it became the standardized symbol of Christianity and the Church when Emperor Constantine established the capital of Constantinople and advocated its use.

To learn more about the ancient symbolism of the cross and other reoccurring christian symbols please read here.

There are no reviews yet.