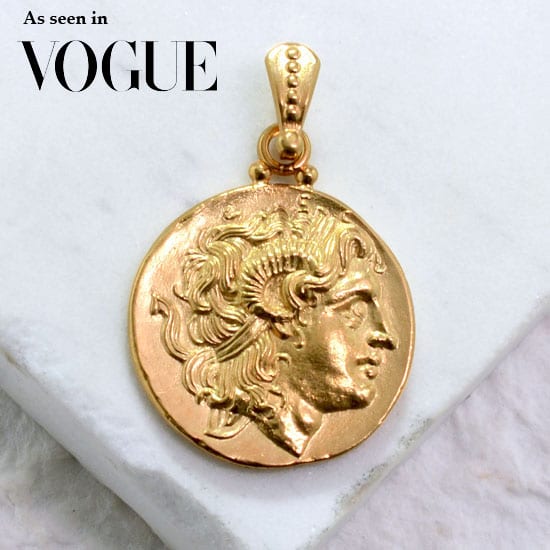 Alexander the Great’s (c. 356-323 BC) legacy extends beyond his military conquests. He founded roughly 20 cities that bore his name, many of which became major cultural centers, surviving into the 21st century. His chroniclers recorded valuable information about the areas through which he marched. Alexander’s settlement of Greek colonists resulted in the expansion of Greek culture, aspects of which were still evident in the traditions of the Byzantine Empire in the mid 15th century and beyond. He is often ranked among the most influential people in human history, along with his teacher Aristotle.

Reverse: Athena Nikephoros seated left, resting left arm on shield set on ground, spear behind; monogram above star to inner left.  Athena is the Greek goddess of wisdom, justice, and war. There are many epithets for Athena and she is depicted as Athena Nikephoros on the obverse of this coin; she who brings victory.

The ancient Greek seen here on the reverse translates to basileus Lysimachus – King Lysimachus.  This is in reference to the coin being struck under Lysimachus’ rule (as the Alexander Coins were made posthumously).

For further information about Byzantine coins and Alexander the Great click here.

There are no reviews yet.